If you are interested in esoteric topics such as maths in the movies, beautiful pictorial proofs, mathematical juggling, ambigrams, or lacing your shoes, here are some books that you may want to check out.

All of these books are available through your local bookshop or places like Amazon.com (Amazon.fr in the case of the French book on ambigrams).

The books are listed in order of accessability: Anybody can enjoy the first five, people with a reasonable background in maths will be able to appreciate the books on juggling, shoelaces and the "Geometrical Picturebook". Finally, the book "Geometries on Surfaces" is something for specialists.

Click on the book to go to scroll to its description. 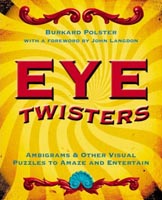 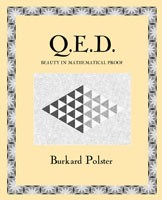